Will the election be won and lost in Yorkshire?

Kate Proctor of The Guardian says the general election on 12th December will be one of the most unpredictable in decades. Whilst... 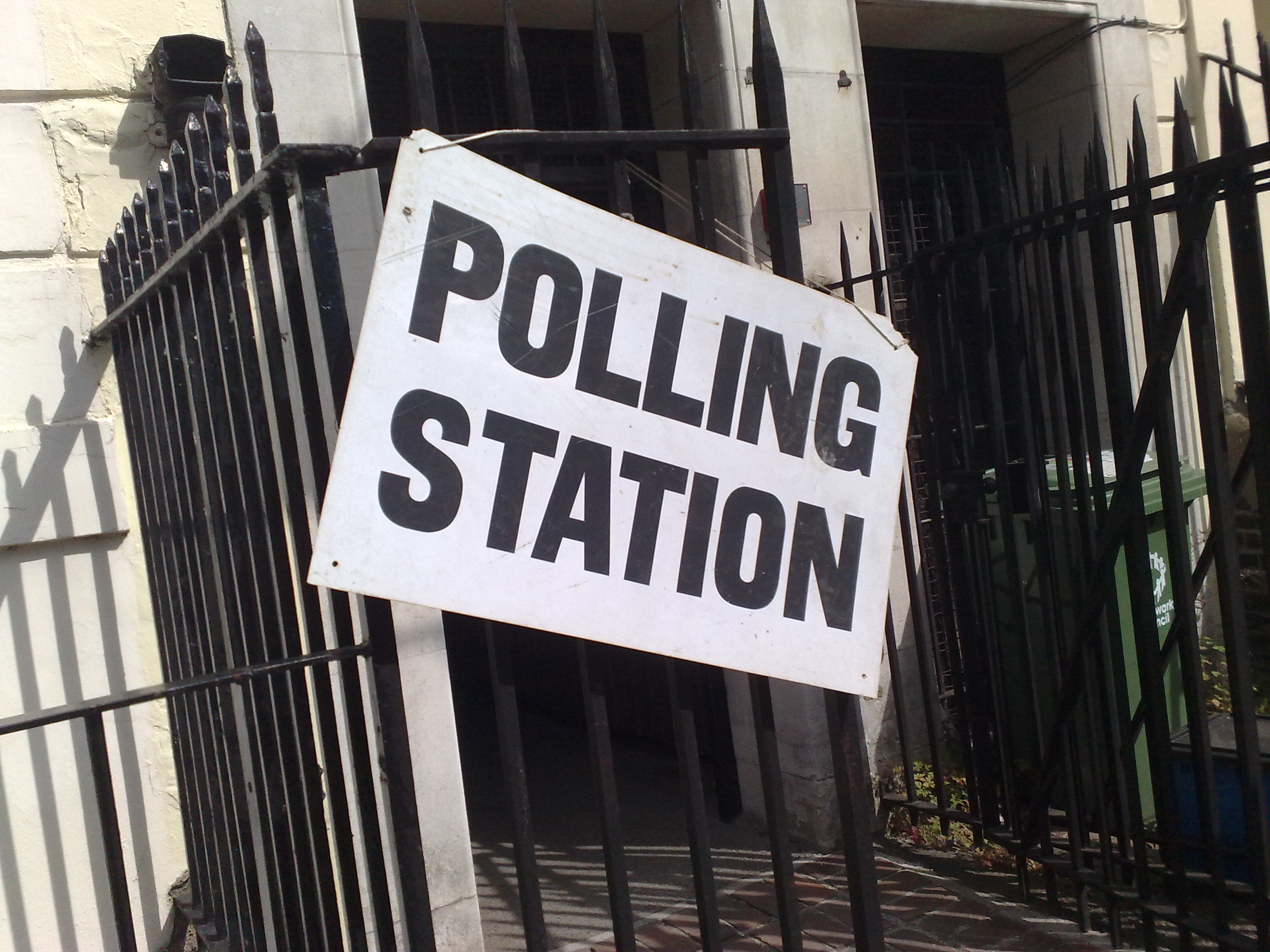 Kate Proctor of The Guardian says the general election on 12th December will be one of the most unpredictable in decades. Whilst political leaders might say this every time the country goes to the polls, this time it doesn’t seem like hyperbole. The country has been stuck in the vice grip of the Brexit crisis for three years now with both Parliament and the Government gridlocked and unable to act. The outcome of the election will decide the fate of not only Britain’s departure from the European Union but the course our country takes in an ever more unpredictable world. Either a Conservative Party that is becoming less moderate or a Labour Party that is leaping leftward will enter government at the end of it.

When people think of the marginal seats that will decide the election, Yorkshire, traditionally, isn’t usually the focal point. Instead, pundits look towards the Midlands or the South. In 1992, the bellwether constituency to look out for was Basildon in Essex. In 1997, the seats that proved the scale of Labour’s victory were their capture of Birmingham Edgbaston and the ousting of Michael Portillo from his London seat. In 2015, Nuneaton in Warwickshire was what everyone had their eyes on and at the last election it was the Tories losing seats like Battersea that illustrated the result of May’s disastrous election call.

In 2019, politicos should instead cast their eyes northwards to God’s Own Country where there are three key Yorkshire seats that will determine what the next House of Commons will look like.

Key to the Conservative strategy at this election is to capture the leave-voting seats in Northern England and the Midlands that Theresa May failed to take last time round. The success or otherwise of this will be tested in Wakefield in West Yorkshire. Wakefield voted by a margin of 62% to 38% to leave the European Union and sits nestled in the middle of the so-called ‘Red Belt’ of post-industrial Labour seats that Boris Johnson must break through in order to have a hope of a majority.

Widely seen as a possible Tory gain at the last election, Labour instead held the seat with a reduced majority. This time, however, the Tories really ought to take it. The Tories have been dealt a blow after their previous candidate has had to stand down following revelations about old Facebook posts, but the eventual candidate will be buoyed by the fact that their opponent is the former Labour leadership candidate, Mary Creagh, who will face the handicap of being a staunch Europhile in a Leave-majority area. Unlike other Remain-backing Labour MPs representing Leave seats who have accepted that the referendum result has to be implemented, Creagh is instead resolute in her belief that a second referendum, followed by a vote to remain, is the best course of action for her constituents.

If the Tories do succeed in taking Wakefield in such favourable circumstances, the scale of their majority may indicate how close to a parliamentary majority they get. If Labour holds on, it is very difficult to see how Boris can build the majority he needs unless there has been a surprising, local diversion from the national picture. There is no doubt that Wakefield is a key piece of Boris’s Brexit puzzle.

Leeds North West has been represented by all three main parties within the last 22 years. The Tories lost it in the 1997 tidal wave to Labour who in turn lost it in 2005 to the Liberal Democrats. It was one of only eight seats across the country that were held by the Party in 2015. Greg Mulholland was not so lucky two years on and fell to Labour’s Alex Sobel in 2017 who benefited from a 14% rise in his party’s vote. Leeds North West was one of the few seats across Yorkshire to vote Remain by 64% to 36% which isn’t so surprising given the high concentration of students that live there. It’s one of the few seats that the Lib Dems are targeting north of the Midlands and one of the handful of true Labour-Lib Dem marginals.

Over the course of the last six months the Lib Dems have risen from approximately 9% in the polls to at times being neck-and-neck with Labour in the low twenties and this is primarily down to a shift in Remain-backing voters from Corbyn’s party to Jo Swinson’s. Talk of a Lib Dem revival in this election hinges on them taking back seats where they have traditionally been strong as well as making big leaps in Remain-voting constituencies held by Labour or the Conservatives. If they cannot take back Leeds North West, it will be a sign that Labour is doing a far better job of holding the Remain voters they won in 2017 than the Lib Dems are of taking them away. Failing to win Leeds North West will mean the Liberal Democrats will struggle to win even 30 seats nationally and a sign that Labour are likely to do better than many currently expect.

Labour’s chances will be bolstered by the fact that their incumbent is a young, pro-Remain and climate-conscious MP who will resonate with the student population, but the Party’s muddled message on Brexit will be pounced on by the local Lib Dems. Expect the streets of Headingley and Otley to be an electoral battleground over the next six weeks.

If you take into account the demographics of every constituency, its Leave/Remain split from the 2016 referendum and its voting intentions over the past two elections, Calder Valley emerges as an accurate indicator of how Britain votes.

The seat was won back from Labour by the Conservatives in 2010 and Craig Whittaker held the seat in 2015 with an 8.3% majority over the Labour candidate (nationally the Conservatives had a lead over just under 7%). In 2016, it voted to leave the EU by 51.5% to 48.5% (the national result was 51.9% to 48.1%). In 2017, Whittaker was returned with a vastly reduced majority of just 1% (and nationally, the Conservatives won the election by 2.5% over Labour). For the last four years, Calder Valley has been ‘on-the-pulse’ when it comes to the national view, so it really should be where everyone looks on election night. Whittaker is a popular MP locally but he faces a strong challenge from Josh Fenton-Glynn who himself has contested the seat twice before and is a local councillor. Labour need to overturn a slender majority of just over 600 so theoretically a small shift of the swing-o-meter towards the Party in the election will hand them the seat. If Labour have any hope of advancing beyond their 2017 performance and into government, taking Calder Valley is crucial. Equally, if the Conservatives want to keep Jeremy Corbyn out of Number Ten, they will need to ensure that Whittaker holds firm, preferably with a healthier majority than he has now.

What will complicate the outcome is a potential shift of Labour and Tory Brexit supporting votes to the Brexit Party and the loss of Remain supporters mostly from Labour, although potentially some Conservatives, to the Lib Dems. In 2010 with 13,000 votes, they were only some 900 votes behind Labour.

It’s not just these three Yorkshire seats that are so crucial to the chances of the political parties. The Conservatives will also be looking at taking Halifax, Dewsbury and Keighley (the last two having only been lost by them in 2017) to build the path to Downing Street. Labour will surely be targeting Morley and Outwood, Pudsey and Scarborough and Whitby. The Liberal Democrats will be sorely disappointed if they don’t have an MP in Sheffield Hallam on 13th December where Nick Clegg lost by a couple of thousand votes to Labour’s Jared O’Mara in 2017. It cannot be said that the now independent O’Mara has exactly looked after the seat well and will not be re-contesting it. With so many decisive marginal constituencies between the three main parties, Yorkshire voters should not be surprised to see party leaders, campaign battle buses and mass canvassing sessions on their streets in the run-up to Christmas.

Make no mistake: the next election will be won and lost in Yorkshire.