Is Michael Gove The Only Minister Getting Anything Done In Government?

The former Conservative heavyweight politician, Michael Portillo, recently said of Michael Gove that: “He is a Minister who, singlehandedly in... 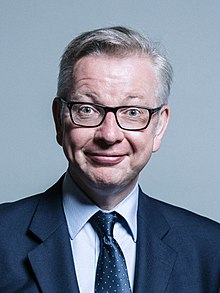 The former Conservative heavyweight politician, Michael Portillo, recently said of Michael Gove that: “He is a Minister who, singlehandedly in this Government, shows some gumption, some initiative, some wish to do something.”

Gove has certainly made an impact as Environment Secretary, arguably more than any other holder of this normally low profile office. Be it the banning of ivory sales, cracking down on plastic waste, the bottle deposit scheme, championing animal rights or the Environment Strategy; Gove has seemingly gone from Brexit exile on the backbenches to environment crusader in little under a year. He is even gaining plaudits from green groups who would never have imagined that they would be singing his praises.

Is Portillo’s view based on on him being so active or is this impression because other cabinet ministers are failing to make any impact?

It is not just at Defra that Gove has made an impact.

As Education Secretary he oversaw wide-ranging reforms on the curriculum, the academies programme, examinations, vouchers and teacher recruitment; to name but a few. He certainly made enemies, not least among the teacher unions, but no-one could deny that he was not being bold in his ambition to raise standards.

As Justice Secretary, he reversed many of the unpopular policies of his predecessor, Chris Grayling, including scrapping the courts fee and overturning rules that restricted the number of books a prisoner can have. He was embarking on an ambitious prison reform programme before he was moved following last year’s election.

Gove not only displays initiative and governmental skill, but his pro-environment agenda has also served as a personal re-brand after a polarising Brexit campaign and an ill-fated attempt at the Conservative leadership. It also serves the aim of broadening Conservative appeal, especially through trying to win back younger voters. He is once again trying to prove that it is possible to vote blue and go green.

No other cabinet ministers appear to be transforming their Department’s policies in the same way. One argument for this is that both they and Parliament are paralysed by Brexit. The sheer amount of governmental and administrative effort required to separate from the EU means that Ministers cannot get much else done.

This is not stopping Gove despite Defra having responsibility for farming, fisheries and environmental standards, all of which are heavily controlled by EU regulations.

It hasn’t all been clear sailing. The revelation that UK fisheries policy would still be subject to EU law during the Brexit transition period was widely criticised by the industry. Many have argued that Gove’s mixed record on voting for green policies shows that his recent turn towards environmentalism may be more self-serving than selfless. And Gove still has to steer the long-delayed Agriculture and Fisheries Bills required for Brexit through Parliament.

However, the fact remains he is making his mark in government. Can the same be said of his Cabinet colleagues?

The Transport Secretary, Chris Grayling has only really been in the news of late for criticism; not proactive policy making. He travelled to Qatar on the same day as the biggest rise in rail fares since 2013 and was recently accused by Lord Adonis of “doing nothing” as the Peer called for his resignation over bailing out private rail companies.

In housing, the Government appears to have recognised the scale of the problem but not the solutions required. Outside of a DCLG rebrand, continual consultations and some more money for existing schemes, there has not been the kind of radical policymaking that many MPs have been calling for. There is definitely scope for the new Secretary of State, James Brokenshire, to make his mark.

Jeremy Hunt’s long stint as Health Secretary has been recently defined by trying to get the NHS through winter but he now has his chance to make a real difference through the planned change in NHS financing, depending on how radical this will be. Greg Clark’s Industrial Strategy has been criticised for providing little new investment in the economy. Against the background of this all are sluggish forecasts for economic growth and relatively little loosening of Treasury coffers by Chancellor Philip Hammond.

In a Government defined by trying to take action while negotiating and implementing Brexit, Gove has certainly shown his ability to stand out. Labour MP Ben Bradshaw once described being a Minister as “literally sink or swim.” In this regard, Gove has proved himself to be a something of a shark. After all, he is an avid watcher of Blue Planet.