Who are the Keenest New MPs?

After the first 4 weeks of the new Parliament who are the keenest new MPs? Analysis of the number of... 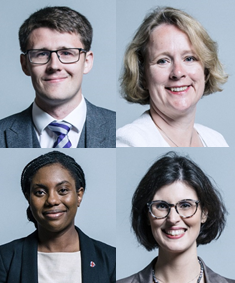 After the first 4 weeks of the new Parliament who are the keenest new MPs?

Analysis of the number of debates an MP has spoken in and the number of written and oral questions answered give an early insight into who are the most active new MPs in this Parliament.

Ben Lake (Plaid Cymru; Ceredigion) and David Linden (SNP; Glasgow East) lead the scoring in the number of written questions, with 43 and 40 respectively. Lake’s hyperactivity in the House can be explained by his far-reaching responsibilities as his party’s spokesperson for Environment, Food and Rural Affairs, Education, Skills, Health, Communities and Local Government, Culture, Media and Sport and Constitutional Affairs.

Linden, who has experience working for the SNP in Holyrood, Brussels and Westminster, represents some of the most deprived neighbourhoods in the UK in his Glasgow East constituency. The levels of deprivation experienced by his constituents help to explain his activity in questioning the DWP on child poverty, the Carers Allowance and social security.

The two MPs are aged just 24 and 27, though their similarities do not end here. Lake holds a very fragile majority of 104 whilst the 12.1% swing to Labour in Glasgow East gave Linden a majority of just 75 votes. However, disparity exists between the two in terms of the number of oral questions asked with Lake only having made 3 spoken contributions compared to Linden’s 25.

The Labour MP, Luke Pollard, whose Plymouth Sutton and Devonport constituency represents an island of red in an otherwise blue sea in the South West, has already spoken in 13 debates and received a healthy 27 answers to written questions. Improving transport to and around the South West, raising the issue of autism, and standing firmly against defence cuts to the Royal Navy are all topics in which he has shown particular interest.

The Conservative Party duo of Rachel Maclean (Redditch) and Vicky Ford (Chelmsford) rank as the highest in terms of the number of debates spoken in with 15 and 19 contributions respectively. ‘Redditch Rachel’, as her twitter handle reads, can be expected to take particular interest in issues affecting young people throughout the course of the Parliament. As part of a career helping young people she arrived as an MP having started her charity, Skilled and Ready, which aims to link the skills needed by local employers to the school curriculum.

Ford, drawing upon her 8 years of experience as a Member of the European Parliament, has wasted no time in engaging in debate in her new workplace having been the first of the 2017 intake to make her maiden speech. Notably in 2016, Ford was ranked as one of the top ten most influential members of the European Parliament by Politico Europe, particularly for her work on digital policy.

Not to be forgotten, the Liberal Democrats can also boast of having one the most active new MPs. Layla Moran, who wrestled Oxford West and Abingdon from the Conservative Nicola Blackwood, is another MP who has a narrow margin of victory hanging over her head at 816. The first Member of Parliament of Palestinian descent is expected to continue her early activity, especially as she is the Education spokesperson for her party in the Commons.

Activity is not necessarily a measurement of talent or promise for the future. Although having no written answers and speaking in just 3 debates, the MP already being highlighted as the first amongst equals and even talked about as a potential future Leader of their party is Kemi Badenoch (Conservative, Saffron Waldon). She has received praise from a number of commentators, notably Fraser Nelson of the Spectator, the publication for which Badenoch was Head of Digital, who said “she’s a rare combination: an original thinker, a robust debater and someone who defies all kinds of caricatures”.

These are still early days and some future leading lights may just be learning their role and biding their time before emerging as the stars of the 2017 intake.