With a highly predictable result many would expect the political analysis of GE2017 to have already run dry, so the... 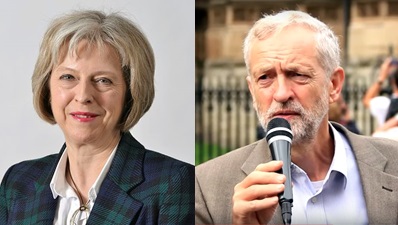 With a highly predictable result many would expect the political analysis of GE2017 to have already run dry, so the political commentators would have been relieved to have so much material from the local elections to chew over.

The story was of course of a comprehensive Conservative victory. They took control of 11 more councils across the country, gained 563 councillors, won four of the six mayoral contests and all but wiped out UKIP. The Liberal Democrats fightback proved to be limited and, as expected by many, Labour felt the ricochet of the national opinion polls losing 382 councillors.

The big question is what do they tell us about what to expect on 8th June?

First comes the caveat that the turnout was much lower than it should be for the General Election. Turnout for the council elections was about average across the board at around 30%. The mayoral elections don’t seem to have inspired people to come out in huge numbers with the turnout varying from 21% in Tees Valley to 33% in Cambridgeshire and Peterborough. There were reports from canvassers of a lack of awareness but also of some not seeing the point of the whole institution. There were even some who, when pressed to go and vote on polling day, thought that the election was on 8th June.

This could presage a low turnout at the general election if people consider the outcome is a forgone conclusion combined with disillusioned Labour voters possibly choosing to stay at home.

Overall the total vote share diminished Theresa May’s poll lead of around 19 points to 11, although still enough for a very comfortable majority.

Delve a little deeper and there are some interesting results across the key battlegrounds of the North which indicate a mixed picture for the General Election.

In terms of individual results, the Conservatives took control of Derbyshire County Council with 37 seats to Labours 24. At first glance this may not seem significant as the Conservatives held control up until 2013 and in the 11 constituencies that make up Derbyshire, 7 are Conservative. In one of the remaining Labour seats, NE Derbyshire which the Party has represented at Westminster since 1935, though, more people voted Tory (44%) than Labour (40%). Given the majority in 2015 had fallen to 1,883,  it looks like Derby South, Chesterfield and Dennis Skinner’s seat may be the only red ones left in the county.

Across the border in Nottinghamshire, Tories won control of the county council with a vote share of 38.1% compared with Labour’s 34.5%.

In the County’s most marginal Labour seat of Gedling, Labour won a very slim majority of the vote share with 43.9% compared to 42.4% for the Conservatives, which represented a large 13.7 points increase for them. With a majority of 2,986, the former MP, Vernon Coaker, will be hoping that this momentum can be halted.

There was little joy for the Tories in the mayoral results in Greater Manchester and Liverpool City Region. On a day when the Tories seemed to be challenging Labour’s hegemony in the North, Manchester held firm as a Labour redoubt with no sign of a Tory revival with them winning only 6 out of the 215 wards. Even in Bury North, won by the Tories in 2015 by 378 votes, Labour secured a 23 points lead  and in Bolton North East, also won by the Conservatives in 2015 with a 4,377 majority, there was  a 29 points lead for Andy Burnham.

The low turnout and the fact that people were voting for a high profile individual will have skewed the results to the extent that to take them as an indicator of Labour’s potential success on June 8th would be misleading and overly optimistic.

In Tees Valley, Ben Houchen’s win is a different story. A councillor rather than an MP and a Conservative, rather than Labour in a Combined Authority dominated by Labour politicians, Houchen’s win will without doubt raise concerns amongst Labour candidates across the region. This will especially be the case in Labour held Darlington where more people voted Conservative than Labour (42% to 33%) leaving Jenny Chapman on a 3,158 majority with a reason to feel nervous.

Just from these snapshots it is apparent that although there is definitely  a tide which is sweeping UKIP away to the benefit of the Conservatives and encouraging former traditional Labour voters to switch to support Theresa May, it is not everywhere. There will likely be some dramatic results on 8th June but it is unlikely to be the wholesale conversion of all traditional Labour areas to the Tories. There are still enough people in the North for whom voting Tory is anathema.

Whatever the outcome, something can be guaranteed, the media coverage will be constant, the campaigners will be at our doors and David Dimbleby will have bought a new suit.